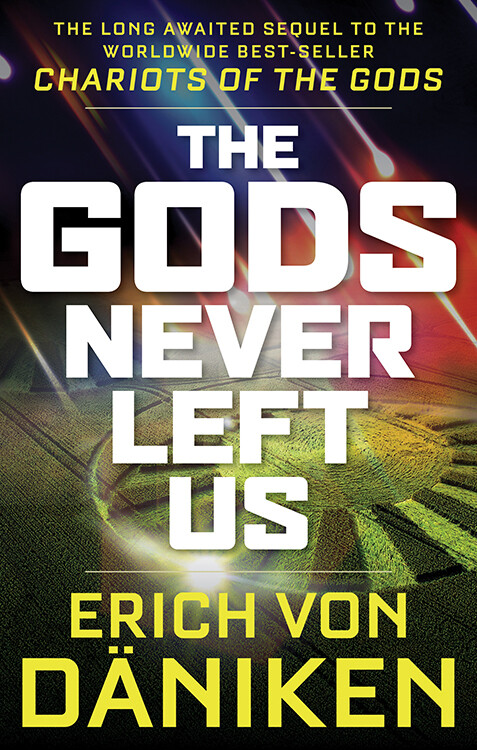 The Gods Never Left Us

When Chariots of the Gods was published 50 years ago, it began a worldwide change in humanity’s view of the cosmos. In an era of the military space race, Erich von Däniken boldly proclaimed that Earth had been visited by more advanced beings early in our history. But prescientific man had no concept of space ships, so he called their vehicles “chariots,” and those driving the chariots became “gods.”

Over the next five decades, von Däniken’s more than 40 books built an ever-stronger case for Earth being visited by extraterrestrial visitors. And Chariots became an international best seller, with 30 million copies sold in more than two dozen languages. Also during that time, the case for ET visitations millennia ago was being reexamined by contemporary UFO researchers, who found evidence of modern visitations. And von Däniken expanded his perspective to encompass the present.

Now, he presents his long-awaited sequel to Chariots of the Gods, proclaiming that the gods never left us with all-new material to show that ancient aliens are still with us.

The Gods Never Left Us contends that recent advancements in biotechnology, astrophysics, engineering, and artificial intelligence not only give us a fresh perspective on his ancient astronaut theory but actually validates it. We are—as a race—embarking on the exact same trajectory of our own interplanetary colonization, just as von Däniken suggested Earth itself was colonized.

ETs are definitely at work today. And that affects all of us.

That is what this book deals with.

Save this product for later
Display prices in: USD
who we are | submissions | our books | our authors | blog | contact us
Copyright © 2018 Hierophant Publishing |Terms of Service